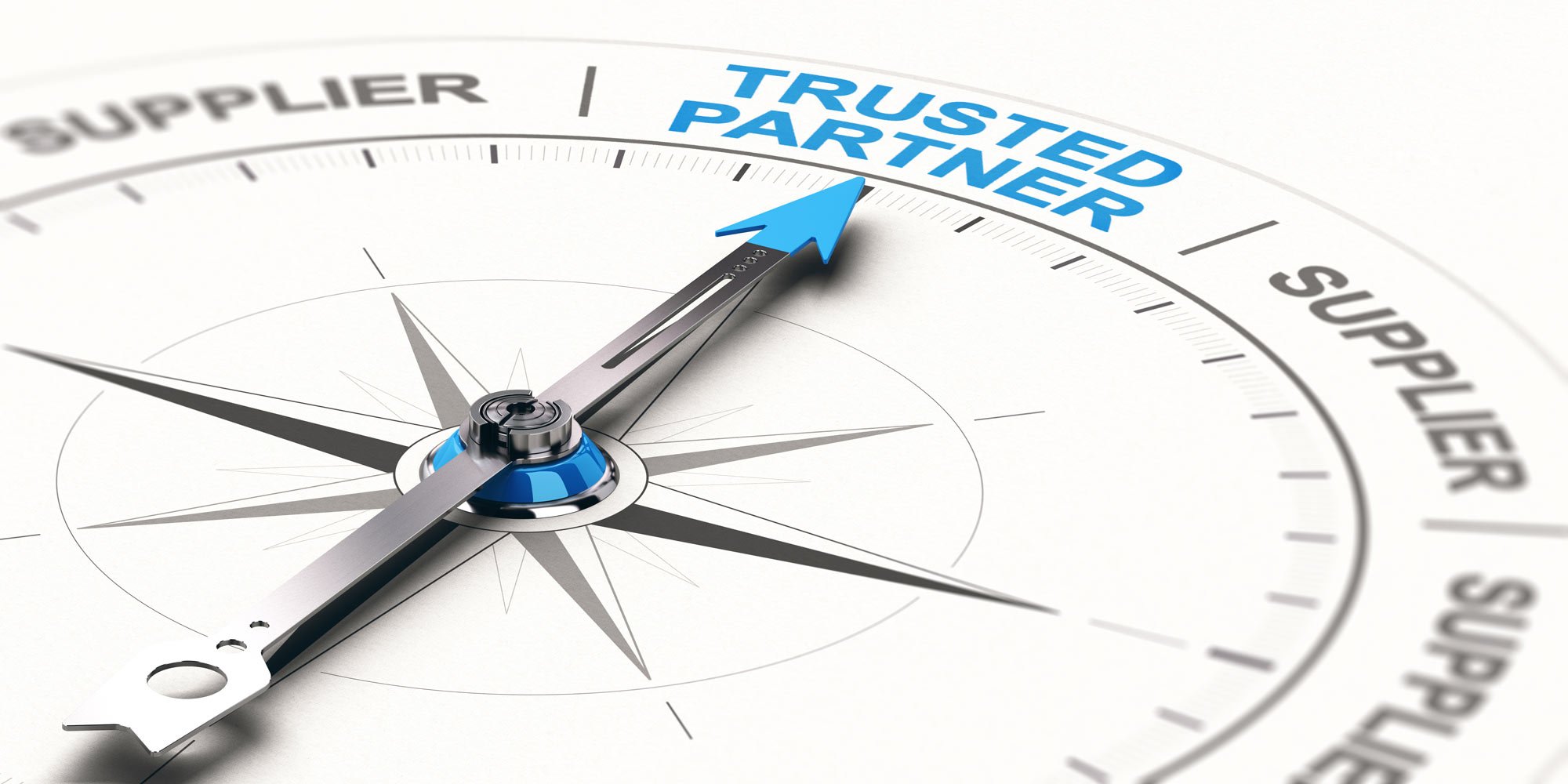 Behavioral Health Group (BHG), the largest network of Joint Commission-accredited outpatient opioid treatment and recovery centers in the US, today announced the expansion of its Medical Advisory Board, with Leana Wen, MD, as its new Chair. Dr. Wen stepped into the role of board chair following the resignation of Vivek Murthy, MD when President Biden nominated him to be the current U.S. Surgeon General. Joining Dr. Wen are Michael Botticelli, former Director of the White House Office of National Drug Control Policy (ONDCP) for President Obama; Charles B. Gross, PhD, President of CBG Consulting and former national behavioral health vice president of Anthem Inc.; and Eric G. Neilson, MD, Vice President for Medical Affairs, and the Lewis Landsberg Dean at Northwestern University Feinberg School of Medicine. The Board will provide counsel and serve as a strategic resource for BHG as the company works to expand its best-in-class substance abuse treatment services and build relationships with policy leaders, payors, providers, and key stakeholders. “Quality and innovation in addiction treatment are two of BHG’s key values, which is why I’m pleased to welcome some of our country’s most distinguished public health leaders to our Medical Advisory board,” said Jay Higham, president and CEO of BHG. “They represent a diverse set of stakeholders in medicine, policy and public health who share BHG’s dedication to solving the national opioid crisis.”

In addition to lending their knowledge, expertise, and time to support the company’s growth, Board members will provide counsel on the policies and procedures needed to expand the substance use disorder treatment model to include expanded service delivery for co- occurring mental health disorders, polysubstance abuse, and other behavioral cross addictions.

“When it comes to treating opioid use disorder, we know what works—medication-assisted treatment combined with behavioral therapy and wraparound supports. BHG has proven to be a leader in this treatment approach, and I look forward to working with them to improve access to life-saving and life-changing treatment and to turn the tide on the devastating opioid crisis.” said Leana Wen, MD, MSc, FAAEM, emergency physician, public health professor at George Washington University’s School of Public Health and BHG Advisory Board member.

Dr. Murthy served as the 19th Surgeon General of the United States from December 2014 to April 2017. He was the nation’s first Surgeon General to recognize addiction as a chronic illness and issued the first-ever Surgeon General’s Report on Alcohol, Drugs, and Health called “Facing Addiction in America.” Before releasing the report, he issued a letter to 2.3 million health care professionals, urging them to join a movement to address America’s opioid epidemic—the first time in the history of the office that a Surgeon General has issued a letter calling the medical profession to action. In 2009, Dr. Murthy founded Doctors for America, a national nonprofit focused on improving access to affordable and high-quality health care, and most recently, he authored a New York Times’ best-selling book, “Together: The Healing Power of Human Connection in a Sometimes Lonely World.”

“When it comes to treating opioid use disorder, we know what works—medication-assisted treatment combined with behavioral therapy and wraparound supports. BHG has proven to be a leader in this treatment approach, and I look forward to working with them to improve access to life-saving and life-changing treatment and to turn the tide on the devastating opioid crisis.” said Leana Wen, MD, MSc, FAAEM, emergency physician, public health professor at George Washington University’s School of Public Health and BHG Advisory Board member.

Dr. Wen obtained her medical degree from Washington University School of Medicine and studied health policy at the University of Oxford, where she was a Rhodes Scholar. She trained in emergency medicine at Brigham & Women’s Hospital/Massachusetts General Hospital, where she was a clinical fellow at Harvard Medicine. From 2014 to 2018, she served as Baltimore’s Health Commissioner and led the city’s opioid overdose prevention and response plan. The plan included street outreach teams to target individuals most at risk, a pilot of a stabilization center for addiction and mental health, and a “blanket prescription” of naloxone to 620,000 Baltimoreans that has saved over 3,000 lives in three years. She has also served as board chair of Behavioral Health System Baltimore, a nonprofit organization that oversees the delivery of services around mental health and substance use services in the Baltimore region. Dr. Wen has been named one of Modern Healthcare’s Top 50 Physician-Executives and TIME magazine’s 100 Most Influential People. The author of dozens of peer-reviewed journal articles in public health and medicine, Dr. Wen has authored books including “When Doctors Don’t Listen: How to Avoid Misdiagnoses and Unnecessary Tests” and “Lifelines: A Doctor’s Journey in the Fight for Public Health.”

“Ending the stigma of addiction has been a long-standing priority for me. The Affordable Care Act is the biggest expansion of substance use disorder treatment in a generation, and it also calls for the integration of treatment services within primary care. But fundamentally, all of this work is not enough unless we change the way that we view people with addiction in the United States.” said Michael Botticelli. “I’m excited to support BHG’s efforts to change public policy. We can ensure that people get care when they need it, just like any other disease. We can be part of a growing, unstoppable movement to have millions of Americans enter recovery, and put an end to this epidemic.”

After his role at ONDCP, Michael P. Botticelli was the executive director of the Grayken Center for Addiction Medicine at the Boston Medical Center and a Distinguished Policy Scholar at the Johns Hopkins Bloomberg School of Public Health in Baltimore. Before accepting these roles, he served as the director of the White House Office of National Drug Control Policy (ONDCP) from March 2014 until the end of President Obama's term. Under Mr. Botticelli’s leadership, the Administration advanced historic drug policy reforms and innovations in prevention, criminal justice, treatment, and recovery. Prior to joining ONDCP, he worked in the Massachusetts Department of Public Health where he successfully expanded innovative and nationally recognized prevention, intervention, treatment and recovery services for the Commonwealth of Massachusetts. He also forged strong partnerships with local, state, and federal law enforcement agencies; state and local health and human service agencies; and stakeholder groups to guide and implement evidence- based programs. Among other recognitions, Botticelli was awarded the Ramstad/Kennedy National Award for Outstanding Leadership in Promoting Addiction Recovery.

Serving as Board member and strategic advisor for behavioral health providers and digital companies, Dr. Gross has long been focused on addressing the need for improved access to high quality behavioral health services that address whole person care. “BHG has an integrated dynamic care model that uniquely addresses the challenges in the addiction recovery journey. I’m excited by the opportunity to assist in their clinical program development and aiding in identifying medical populations in need of this integrated care.”

Dr. Gross is a senior-level executive with 30 years proven experience in growing and leading large health plan behavioral health organizations. He is both clinician and executive, having received his formal clinical training as a Psychologist at Yeshiva University in New York City. His undergraduate training in psychology was at the University of Michigan. Dr. Gross’ experience with integrated delivery systems is rooted in his clinical and management work with Kaiser Permanente. He has extensive knowledge, experience and wisdom in
the administration and management of essentially every aspect of the managed behavioral health care industry from sales to operations to regulatory compliance and accreditation. Dr. Gross recently retired as the national behavioral health vice president of Anthem Inc. where he directed behavioral health operations for all of Anthem's Commercial, Medicare, and Medicaid business. He was is a former editor of Medpedia, Inc., a long term, worldwide project to evolve a new model for sharing and advancing knowledge about health, medicine and the body among medical professionals and the general public. Dr. Gross also held executive leadership roles at Amerigroup, United Behavioral Health, PacificCare, ValueOptions, and Value Behavioral Health.

“BHG’s vision of scaling a new class of recovery center requires putting medical best practices into practice. As a lifelong innovator, it’s exciting to see them formalizing a clinical model that lets them be medication agnostic, selecting programs and therapies for each patient based on their unique medical history and life circumstances. I’m looking forward to collaborating with fellow advisors in guiding their efforts to enhance services and deploy a strength-based philosophy for patient recovery.

Eric G. Neilson, MD, is the Vice President for Medical Affairs and the Lewis Landsberg Dean at Northwestern University Feinberg School of Medicine. A medical graduate of the University of Alabama in Birmingham, he trained in internal medicine and nephrology at the Hospital of the University of Pennsylvania. After 23 years at the University of Pennsylvania as Professor of Medicine and chief of the Renal-Electrolyte and Hypertension Division, he moved to the Vanderbilt University School of Medicine to serve for 13 years as Professor and Chairman of the Department of Medicine. Neilson is a past recipient of numerous awards including the Young Investigator Award and a MERIT Award from the National Institutes of Health. In 1998, he was the recipient of an A. N. Richards Distinguished Achievement Award from the University of Pennsylvania School of Medicine, and, in 2003, he received the Distinguished Professor Award from the Association of Subspecialty Professors, now renamed the "Eric G. Neilson, M.D., Distinguished Professor Award." He is a 2016 fellow of the American Academy of Arts and Sciences and holds two patents. Neilson is an active teacher of clinical medicine. He has a special interest in the training of physician-
scientists, has mentored women interested in biomedical research, and has helped start the Vanderbilt Prize for women scientists. He has published more than three hundred scientific articles, reviews, commentaries, editorials, and books.

Behavioral Health Group (BHG) is the largest network of Joint Commission-accredited outpatient opioid treatment and recovery centers in the U.S., delivering comprehensive, personalized evidence-based medical and behavioral therapies for individuals with opioid use disorder. With 117 locations in twenty-four states, BHG has more than 1,900 employees who serve more than 42,000 patients. To learn more, visit bhgrecovery.com.

OUD Treatment in the ED: A Reference Guide for Identifying and Stabilizing OUD Patients